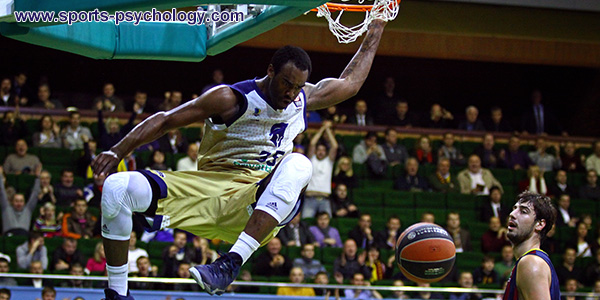 Learning How to Win Ugly in Sports

When you don’t have your “A” game, you have to find another way to get the job done.

Many athletes believe they need to being firing on all cylinders and have all the stars align in order to secure a victory. That is not always the case…

Sometimes, scraping it out performing ugly can result in a win and, no matter the circumstances, a win is a win.

In order to take home a win when you don’t quite have “it,” you need to be persistent, positive and focused.

When you have these three qualities (persistence, positive attitude and a present-moment focus) you have greater mental toughness.

Unfortunately, some athletes tend to back down when they are not playing well in a game.

These athletes send negative messages to themselves, such as:

This mindset stops you right in your tracks and gives you zero chance to scrap out a win.

The mentally tough athlete keeps looking for opportunities to turn the tide and grind out a victory.

The mentally tough athlete fights until the end and it is that fight that keeps their chances alive.

The Phoenix Suns are a team that is fighting to make the playoffs for the first time since the 2009-2010 season.

With the season at the halfway point, the Suns appeared headed for a disappointing home loss to the Atlanta Hawks.

The Suns trailed by as many as 14 points and looked out of sync for the majority of the game. With 2:53 to play, the Suns were down by 10…

The Suns made critical plays when it mattered most, including Devin Booker hitting three free throws to put Phoenix ahead with 12.3 seconds to play and Marquese Chriss blocking an Atlanta shot at the rim with 7 seconds left in the game.

Booker summed up the mentality of the team and their ability to fight back to win.

BOOKER: “We played bad today, but that says a lot about a young team. To be able to play bad like that, come back and get a win down late, that’s big.”

Pulling out a victory is great but there are even greater benefits when you win ugly:

Fighting until the very end may turn the tide in your favor but you will never know unless you keep fighting.

A Tip for Fighting Through a Bad Game:

Confidence – You must be confident in your ability to make plays when needed–even when you don’t have your “A” game.

Present-Moment Focus – You need to forget the past such as; the last game, what happened five minutes ago and the last play. Look for the opportunities right in front of you.

Persistence – You absolutely must compete with that fighting spirit where giving in is never an option.

“I learned to play with a confidence that it does not matter if I make it or miss the shot… So what if I miss, it’s only a game.”
~Paul Rask, basketball player

“Dr. Cohn, we had a great season. We finished second in the State Tournament. We scored 163 points, which is 11 more than we scored the year we won the state tournament. We had three individual state champs. We really improved our mental preparation in the post season. The kids bought in and really worked at it. We will definitely need you again next year. Hopefully, you can help us reach our goals next year.”
~Coach Jim Bird, Head Coach Osceola High School

“My son Jake has struggled with composure for as long as I can remember. He is doing the Composed Athlete program and is about half way through. He had the biggest, most stressful wrestling tournament of his season this past weekend. I have never seen him demonstrate such composure and sportsmanship -ever. I was so happy I was fighting back tears. It’s been a long and frustrating road. I am so thankful for your program.”
~Laura Grogan