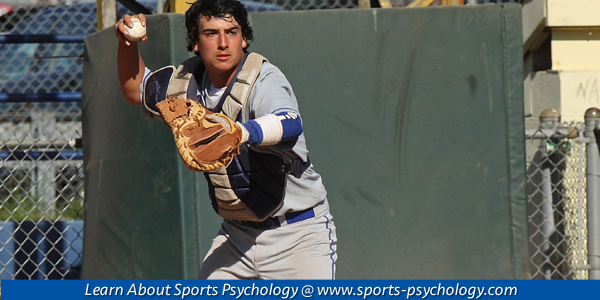 Superstitions in sports are based only on past luck. If something worked in the past before competition, you think you will have good luck using it again and again–of course until it doesn’t work anymore.

Former baseball player Wade Boggs was called the “Chicken Man,” because he had to eat chicken before every game.

Ted Williams spent many hours each year picking out the perfect piece of wood that he thought would make the best bat.

Some superstitions are used to avoid bad luck too. Babe Ruth swatted butterflies on the diamond because he thought they were unlucky.

Golf balls with the number 4 or higher are seen as bad luck by many golfers. In hockey, it’s is bad luck for hockey sticks to lie crossed.

Yet you could argue that most superstitions are just wacky habits that have no scientific research to back up the claim they actually work.

When do superstitions begin to undermine your mental game and attitude? When you think you can’t perform well without your lucky shoes or water bottle.

Superstitions, unlike pregame routines, are not based on fact or science.

My tip for today is to develop a pregame routine that helps you perform your best. Pregame routines, unlike superstitions, are based on science and what works.

A pregame routine should help you improve confidence, focus, and trust in your skills before competition. Routine also help you prepare mentally for the game as you visualize your performance or game plan.

Watch the video below at my YouTube channel, Mindset For Sports: 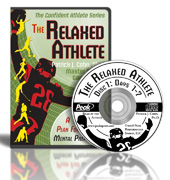 The Relaxed Athlete: A 14-Day Plan For Optimal Mental Preparation