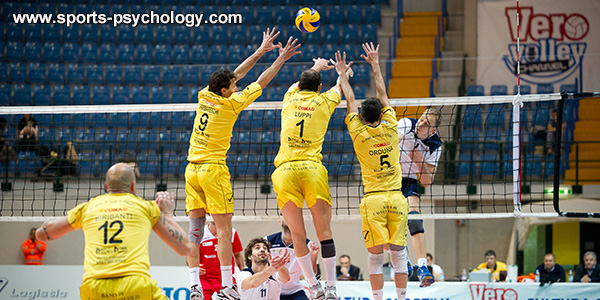 Coping With Teammates Who Make Mistakes

Have you ever played with a teammate who continued to make errors?

Did this frustrate you as a player?

Do you expect your teammates to play perfectly and not make mistakes?

I was a 6-rotation outside throughout my volleyball career. I remember playing with a setter one time in high school who regularly got called for doubles and rarely pushed the set out to the pin.

Playing with her could be very frustrating. I was always ready to swing, and I always wanted a good set. Though, that was completely unrealistic with this setter.

Each year we would go to a team camp in the summer leading up to our season, usually at Appalachian State University.

At the camp in the summer before my freshman year, my view on my teammates’ play changed.

We were doing a basic hitting drill and this one player was the setter on my side of the net. About half way through the drill, I caught one of her sets that was tight to the net.

A coach at the camp called me over and said:

“You have great potential, you bring so much power to the court. But, I don’t ever want to see you catch another set. As an outside, you don’t get a bad set. Every set that’s above the tape is a good set.”

I thought about this for the rest of camp and even through the years as I continued to play. Coaches that have coached me would say that I’d “swing on everything.” I never saw a bad set. If it was up, I was swinging.”

It helped me understand that my teammates were doing the best they could.

I stopped expecting a perfect or even good set and learned to change my approach and adjusted to the set. I became much more of a dominant player with this mindset.

Understanding that simple fact will go a long way.

Also, you can’t control your teammates’ performance, therefore, you can’t worry about it and let it frustrate you. The best you can do as a teammate is support their play… “make them look good.”

While supporting them, continue to focus on your role in the game.

For example, if you have an inconsistent setter, focus on the things you can do to help you score (adjust your footwork, know your shots, see the court, trust your skills with any set, etc.).

Before each game, pick one or two cues to focus on and when you notice yourself becoming frustrated with a teammate’s play, use these focal cues.

You can’t control a teammate, but you can control yourself and your game.

If you have a teammate that makes a lot of errors, use that time to work on the mindset of being versatile with your game. Understand they’re doing all they can, just like you.

Becoming frustrated with something you can’t control hurts your play and also your performance with your team.

For more information on mental training with us, check out our mental coaching programs for athletes of all ages:

You can work with Dr. Megan Melchiorre herself in Orlando, Florida or via Skype, FaceTime, or telephone. Call us toll free at 888-742-7225 or contact us for more information about the different coaching programs we offer!

You can learn more about our mental coaching programs for volleyball players here.