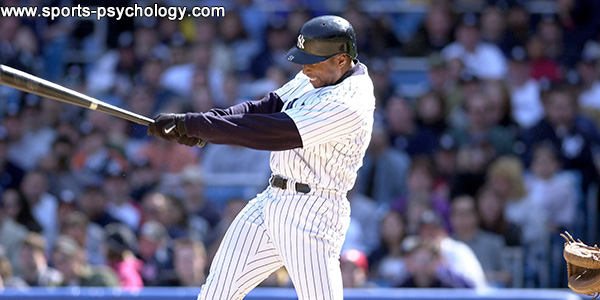 Athletes Who Worry About What Others Think

Validation is something sought after by all athletes, no matter the sport.

Every athlete tries to prove their worth whether it is:

You want that affirmation from others around you that you are a good at your sport.

You want to be recognized for your skills. You want prove that coach was right for selecting you for the team…

You want to be validated and gain a sense of worth as an athlete.

WOW… that’s a lot of pressure!

And why does this search for validation create pressure for many athletes?

The answer is that these types of validation are attempts to gain recognition from sources outside of you:

The problem lies in that you cannot control what others think about you. Other people’s opinions could be biased. And you should not focus on what you think others think of you.

So, trying to gain approval or validation from those outside sources is a distraction and a source of pressure.

Trying to get something outside your control creates tension and anxiety.

Nonetheless, when some athletes don’t get that validation, they over-try or press when they compete, which causes performance levels to drop off significantly.

For example, Gary Sanchez, catcher for the New York Yankees, is considered by many to be the future of the franchise.

In the 2016 season, Sanchez played 53 games, hit 20 home runs, batted .299 and was the runner-up in American League Rookie of the Year voting.

What is the difference between his level of play in those two seasons?

The answer is his mental approach to the game.

This season, Sanchez is trying to prove that he belongs in the starting lineup, causing him to try too hard to crush the ball and press at the plate.

In 2016, Sanchez did not worry about results, things outside of his control or validation from others.

Sanchez merely focused on the things that brought him success throughout his years of playing ball.

SANCHEZ: “When I first got called up, I went oh-fer my first couple of games. I was feeling anxious because I wanted to get my first hit. And [then-manager Joe] Girardi came up to me and said, ‘Gary, take it easy. You’re going to be in the lineup every day. Just go out there and do what you would do in the minor leagues.’ That was the moment where I just felt the confidence to go out there and take some pressure off my shoulders and do what I needed to do.”

Instead of trying to impress or prove you belong, be selfish with your focus and take care of the task in front of you.

Focus on improving your game and stay focused on that process.

The only person you need to validate yourself is YOU!

Self-respect is stronger than other-respect.

How to Avoid the Validation Trap:

Play for yourself, not to make others happy or earn respect.

Think about the reasons you started your sport. What do you love about your sport?

While you may hear the opinions of others, you do not have to accept them as fact nor do you need to take on those opinions as your own.

Let go of mind reading into what others might think about your game. It doesn’t help you perform in competition.

“A quick note to let you know how effective your programs worked for my son who is 17 and plays varsity baseball in VA. In late 2009, I ordered the Relaxed Athlete program for my son because I saw he was pressing too hard at the plate and had disappointing results for the 2009 season. Thanks to your programs, my son now has a completely new approach to the game of baseball (and school) and it’s more fun for him now. He made all-district player at his position and hit .443 this season. A complete 180 degree turn around from last year.”
~Mark M., sports parent

“Dr. Cohn has put together a program that has enabled myself and our players to approach the mental game in a systematic way that is easy to use and apply. Our awareness level has greatly increased.”
~Marty Hunter, Head Baseball Coach George Fox University

“Thank you very much for taking the time to speak with our team. It was greatly appreciated and really helped a lot. I found myself implementing your teachings in our first practice right after you left. I really enjoyed the way you implemented already known ideas, but gave us a different way of viewing it. Thank you.”
~Amber Prosser, Clark College Softball