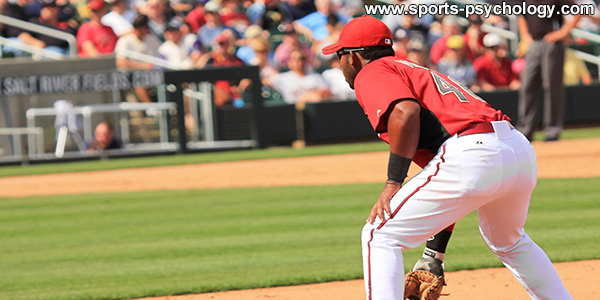 How do you respond to losing or failure?

What sort of emotions does failure evoke within you?

How have you recovered from failure in the past?

Your perspective on failure affects your thoughts and impacts your emotion.

These three components, perspective, thoughts and emotions, will determine how you respond to failure.

Many athletes view failure as the worst thing possible in sports.

After all, you compete in sports to win and to play your best every single time you play.

You spend hours upon hours honing skills, working hard in practices, and doing everything possible to up your game.

Failure makes all your effort seem not worth it.

You might think, “Why should I continue to work hard when it never seems to pay off?”

Making mistakes in a competition may magnify the emotional component for some athletes.

Anger, frustration, hopelessness, sadness and resignation in the middle of the competition will just take you out of game and probably result in giving less than your best effort.

Mistakes can turn into successes with the right approach.

Martinez played his first three seasons in Houston and only managed to hit .251 in 252 games.

In 2013, Martinez was told by his hitting coach that he didn’t have the proper swing to become an impact hitter in the major leagues.

Imagine not performing well in your sport and having a coach severely criticize you on top of that.

Those circumstances could have turned a perceived failure into disaster… But not for Martinez.

Martinez had a mindset focused on improvement rather than his misses in the past.

Martinez responded by watching film of successful hitters, studying the elite hitters of the game and modeling the mechanics of top hitters to eventually become one of the top consistent hitters in the league.

In his next six out of seven seasons, Martinez has hit over .300 and has become a key component in the Boston Red Sox’s run for the 2018 MLB Championship.

Martinez talked about his experiences in Houston and how he was able to develop a positive mindset and turn his misses into successes.

MARTINEZ: “What stands out to me? I think the growing pains, really. I learned how to fail, if that’s something. I think I went through all my failure there and I kind of learned and I grew. And I knew kind of what worked, what didn’t work.”

The misses you have gone through in your athletic career, or what some would call failure, do not need to stop you from reaching your goals.

In fact, past losses or failure can fuel you and lead you to successes by motivating you to work harder or smarter…

But it all depends on your mindset and your attitude towards failure.

After every competition, consider the following questions:

Look to make small modifications rather than major overhauls, especially if you are in the middle of your season.

Use past performances to grow and learn. Avoid doubting your skills. You’ll always have ups and downs in your career. Does Tiger Woods come to mind? 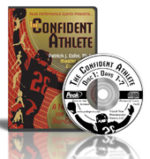 “I am a ASP world qualifying professional surfer and after beginning the ‘The Confident Athlete’ I had an almost instant change in attitude about my own surfing ability and my mindset going into competition. By using the Confident Athlete strategies, my confidence has done a complete 180 degrees. I won a local pro/am a few weeks back, and just had my best result of the year in one the last big events on the world circuit this last week in Brazil! It is my secret weapon!”
~Shaun Burrell, Professional Surfer
(Listen to his success story)

“We love ‘The Confident Athlete.’ My 10-year-old daughter is an equitation rider and show jumper. We started your program as soon as we received it and got to lesson 6 just before a major competition. Natalie came 4th in the children’s open equitation and 3rd in the children’s show jumping champs. An amazing achievement on which many people commented… As a parent, it has been great for me as I now am more capable of assisting her in her mental preparation. Thanks so much!”
~Beth MacLarty, Sports Parent

“I’ve been doing great! I’ve been using your Confident Athlete 14-Day Program and it has really worked for me. We’ve achieved great results and excellent consistency in our horseshows. We’ve had some pretty big wins. Thanks so much. Your program has done wonders for me.”
~Diane Wade, Equestrian

“We are amazed at how much ‘The Confident Athlete’ program has helped my niece play her best tennis during matches. She literally made it to the farthest round of a tournament (semifinals) after finishing the CDs/workbook. We are going to do all 3 in the series.”
~Jason Bourguignon, Uncle