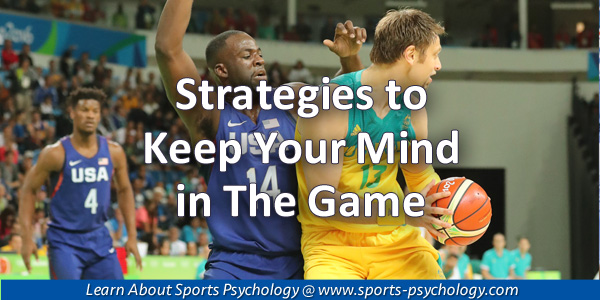 How to Cope With Trash Talkers in Sports

Have negative remarks, whether it’s trash-talking or a negative comment from your opponent, ever distracted you?

You are not alone…

In every sport, mental warfare occurs and its sole objective is to get into your head, interrupt your focus, and mess with your performance.

There are countless examples of trash talk in sports…

The mind games are endless in sports. The reason that athletes trash talk is because, many times, it works. Some athletes get so caught up in the antics of their opponents that they find it difficult to focus during a competition or game.

For instance, there was a lot of trash talking in the 2017 NBA Finals where the Cleveland Cavaliers faced off against the Golden State Warriors.

Warriors forward Draymond Green is notorious around the league for trash talking and getting into the head of opposing players.

GREEN: “Everybody’s susceptible to that [trash talking]. I don’t care who you are.”

Green was given the task of defending Cavalier Kevin Love. Green talked about his mental game plan for disrupting Love’s flow during the game.

In order to combat trash talking, you must have a mental strategy to prepare your to deal with it in competitions.

How does trash talking work?

Your opponent makes some negative remarks, “You can’t beat me. You know you are going to miss.”

Soon, you become preoccupied with the trash talking… Now you’re focusing on what your opponent is saying and doing.

As you focus more and more on the trash talk, negative emotions, such as anger and frustration, swirl inside you making focusing even more difficult.

The swelling of these negative emotions causes you to lose your composure and your performance goes down the tubes.

In this instance, trash talking won!

The way to nip trash talking in the bud is to stop it before it ruins your focus and infects your emotions.

Of course, you will notice the negative chatter of your opponents but you need to stay calm in order to maintain composure and refocus on your game when necessary.

If you stay calm and focused, you will often frustrate the trash talker and beat them in the mental battle of competition.

A Tip For Winning The Trash Talk War:

In order to keep your mind on your game, it is imperative that you maintain your composure and NOT look frustrated with it.

If you do hear it, pretend that you don’t notice the trash talking–that you are in your own zone.

Quickly refocus on the next play of the game and let go of the negative comments intended to keep you stuck in the past.

Get all my mental game strategies for a focused performance with The Focused Athlete Audio and Workbook program.

“The Confident Athlete CD programs programs were a real eye-opener for me and exposed many perfectionist traits that were holding me back. I learned that I don’t need to have a “magic surfboard” or train 5 hours a day to win. As a result, I enter competitions now more relaxed and confident than ever. It was a 180 degree turn for me.“
~Shaun Burrell