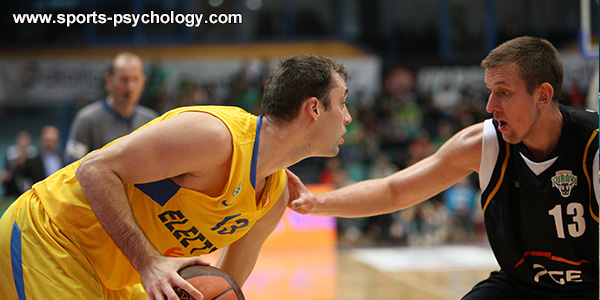 Have you ever been recognized for your individual talent or accomplishments?

Did that “satisfy” you? Or, were you unfulfilled?

James Harden was recognized as the NBA’s MVP this past season.

Harden declared himself the best player in the league four years ago, and refused to back down until his doubters turned to believers.

As Harden held the Maurice Podoloff Trophy last month at the NBA Awards, he reflected on his development from sixth man to franchise fella.

Harden used the word “swag” to express his journey.

“I don’t know anybody else who did it. But that’s just a testament to the guys out there that are coming off the bench and not getting much playing time. They could still be that guy.”

“It feels great, all the work that I put in, to be able to hold that trophy up. Obviously, the main goal is to be holding a championship up, but we’re moving in the right direction. We’re taking the right steps.”

Feeling accomplished, Harden is proud of his recognition, mainly for his individual perseverance and hard work. However, he has quickly turned the page to the area of his career that remains unsatisfied.

“I haven’t even done nothing. That was a good feeling, but that feeling that I had in that Western Conference finals, with basically one half to go… I need that feeling back. I’ll try to work my butt off, and mentally lock in as much as I can to get back to that feeling.”

That “feeling” Harden talked about came in Game 6 and 7 against the Warriors, while they were up by double digits and competing for the Finals Series.

His team was so close, and he wants the lively feeling that brought again.

With the Rockets close to the Finals and Harden winning MVP, it’s likely the pressure could have built to perform.

Not from Harden’s view though:

“Pressure is when you’re not prepared. When you’re prepared, it’s no pressure. Just go out there, execute and do what you know how to do.”

“Being so close last season hurts, it doesn’t add pressure. It’s part of basketball. You get back in the gym in the summertime and work your butt off during the season to try and put yourself in that position again. Clearly, last year showed us we were right there. And we’ll be right there next year as well.”

While Harden’s efforts were recognized through the MVP award, he won’t be satisfied until his team reaches a Championship.

Harden is a true team player and leader; noticeably putting his team before himself.

He is also a consistent player, which is heavily impacted by his level of preparation.

Preparation is all about controlling what you can control including:

These things that are fully in your hands. As Harden said, when you’re prepared, there is no pressure.

Harden’s preparation was likely a factor in him winning the MVP.

Like Harden, be delighted in your accomplishments, you deserve them.

Consistency comes from doing the small things well, including paying attention to your mental game and mental preparation for each practice and game.

Learn how to control your focus and deal better with distractions with “The Focused Athlete” audio and workbook program: 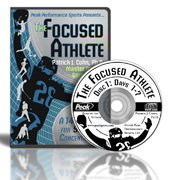 If you’re an athlete who is frequently distracted, loses focus in competition, or wants to learn more about how to focus better under pressure, The Focused Athlete is for you!

Concentration and the ability to focus under adversity is what championship athletes do best.

It only takes one distraction to enter your mind for you to lose a critical point, miss a putt, or lose a second off your lap time. You cannot afford to let distractions run wild in your mind and cause you to make errors at critical times in the game!

The Focused Athlete is a complete system to teach you how to focus like a champion and harness the power of a zone focus every tie you step on the playing field, court, track or course in practice and games!

This workbook and CD program consists of 2 audio CDs that include 14 days of focus boosting exercises and a simple to follow workbook that guides you through each of the 14 days, helps you apply strategies, and customizes the exercises to your personal focus challenges.

The Focused Athlete: A 14-Day Plan For Superior Concentration