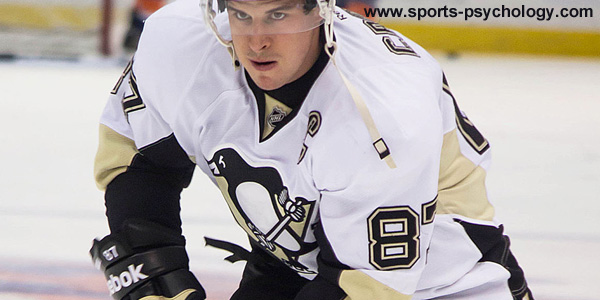 So much has been written about mental toughness…

As an athlete, you have probably heard countless stories of mentally tough athletes and how that toughness led to success.

Unfortunately hearing is not doing…

Have any of those stories spurred you to do something to increase your level of mental toughness?

If you know mental toughness will help you be a better athlete, enjoy competing more and facilitate success, why are you not actively working on being mentally tough?

All three of these statements are falsehoods.

Mental toughness is not merely a trait you are born with… It is a skill that you work towards.

With more mental toughness, the adversity you face shrinks in intensity.

For example, Olli Maatta is a defenseman who plays for the Pittsburgh Penguins.

Maatta, who was drafted 22nd overall in 2012, has faced much adversity including:

Maatta has been on a journey to reviving his career and regaining the elite form from his rookie season. Maatta has rehabbed and conditioned his body but feels the biggest step to his improved confidence and play on the ice has been his dedication to his mental game.

MAATTA: “Most of the game is in your head. When you’re confident and actually enjoying it, you’re playing better than when you’re overthinking things. You’re not hesitating. There’s only so much you can get better at in two and a half months physically. How much you can change in one day mentally is crazy, I think.”

The mental toughness Maatta has gained from facing his adversity has greatly contributed to his great start to the season.

In 16 games, Maatta has two goals and seven assists including a six-game point streak.

MAATTA: “[Being injured] Those were tough times mentally when you’re out, you’re watching games, especially the ones when you’re not working out or skating; you’re doing nothing.”

But, in reality, Maatta was doing something. Maatta was building his mental toughness and preparing for a strong comeback.

You can do the same… You can build your mental toughness and raise your game too.

Write down times when you faced adversity (being behind in a competition, hard training sessions, injury, being benched).

If faced with the same situation in the future, how could you respond in a more positive, composed, or mentally tough way?

One way to improve mental toughness is to anticipate situations that might challenge you mentally. But you also want to think about how you can respond with confidence, focus, and composure to each situations.

That way you will be mentally prepared to cope with each of these situations. And check out how to improve composure in sports with The Composed Athlete.

“Peaksports.com web site is so exciting. I researched them all and without a doubt your mental training site is the best! The vast amount of programs you provide helps athletes and coaches achieve higher levels of excellence in sports.”
~Doug Bolander, Hockey Coach

“The resources that you have available on your website have been wonderful. A sound mental game may be more important then the actual physical part of the sport. Yes you have to have the talent, but the mental game is what sets apart a very good athlete compared to an elite athlete. Thanks again.”
~Darren Hughesman

“Great stuff on the hockey psychology report! Thank you very much for sharing. We are going to go through the report tonight at practice. Keep up the awesome work.”
~Sean Woodhouse (Coach Woody)

“I coach 2002’s at a AA level. I’m convinced that half of them are held back more by their minds than their bodies, maybe more than half. I like your 10 costly mistakes players make. The language is targeted at older kids, but the ideas are simple enough to convey to younger players. I’ll be using some of this for our game this afternoon!”
~Steve Taylor, Hockey Coach